Soak Up Sun & Fun at the Walt Disney World® Resort

2018 is going to be a great year to visit the Walt Disney World® Resort, and today, the Resort released a few new special offers for travel in early to mid-2018. Availability for these offers is extremely limited, so contact an Extra Magic Trips Vacation Planner today to take advantage before time runs out!

Let’s take a look at one of the offers below:

Fall in love with this magical offer.

When you’re planning a sun- and fun-filled visit to Walt Disney World Resort, staying in the middle of the magic will help you make the most of your vacation – and now is the time to book! With this offer, you can save up to up to 20% on rooms at select Disney Resort hotels.

Plus, when you upgrade to a room and ticket package that includes a minimum 5-day theme park tickets with the Park Hopper Option or Park Hopper Plus Option, you can get one more day added to your ticket, FREE!*

A few other special offers are available. Your Extra Magic Trips Vacation Planner can help ensure you are getting the best deal on your vacation! 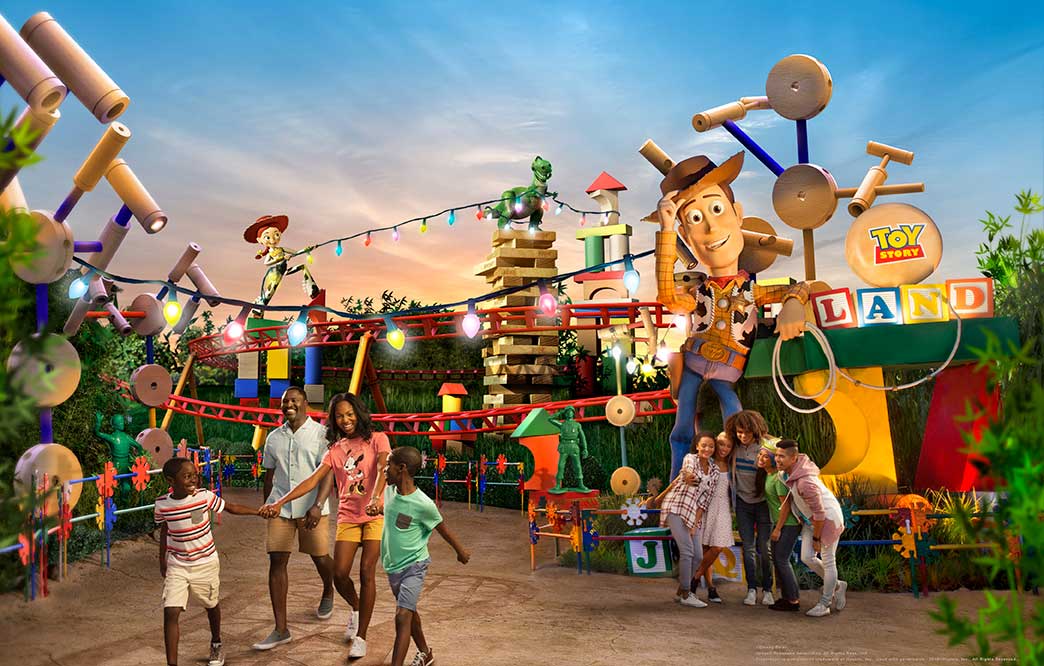 2018 is a great time to visit the Walt Disney World® Resort, with a ton of exciting changes already open, or coming this year and in the near future!

Pandora – The World of Avatar at Disney’s Animal Kingdom® Theme Park opened this past summer, and is something that you certainly won’t want to miss! The two new attractions are stunningly detailed, and will transport you to a different world.

Toy Story Land, the highly anticipated expansion at Disney’s Hollywood Studios® will debut to Guests this summer, and with it, two new attractions: Alien Swirling Saucers and the Slinky Dog Dash family coaster. Guests can already catch a glimpse of what’s in store inside the park’s Walt Disney Presents attraction, where they can view the model and some attraction vehicle maquettes.

But that’s not all! With several new food and beverage additions at Disney Springs®, the 20th anniversary of Disney’s Animal Kingdom® Theme Park, and the 25th anniversary of the Epcot® International Food & Wine Festival, there is something for everyone to celebrate!

With all of the new additions and changes coming, 2018 is a great time to visit the Walt Disney World® Resort, and an Extra Magic Trips Vacation Planner can help you plan a great trip to experience the magic first hand!

Request a quote today to get started!

The number of rooms allocated for this offer is limited. Length-of-stay requirements may apply. Additional per-adult charges may apply if more than two adults per room at Disney Value, Moderate and Deluxe Resorts. Cannot be combined with any other discount or promotion. Advance reservations required. Offer excludes 3-bedroom villas, Cabins at Disney’s Copper Creek Villas & Cabins at Disney’s Wilderness Lodge, Bungalows at Disney’s Polynesian Villas & Bungalows and Disney’s Art of Animation Resort—The Little Mermaid Standard Rooms. 20% savings based on the non-discounted price of the same room for select Disney Deluxe and Deluxe Villa Resorts. Lower savings may be available for other select Disney Resort hotels.